As strange as it may sound, sometimes I feel badly for the guys with numbers-matching show cars. See, the guy who owns this bright Panther Pink 1970 Challenger can go out and spin the tires, add a few horsepower-building parts (or a 500 cubic inch big block!), and generally have a great time with his car without worrying about “investments” and future owners getting picky. Better yet, you can own this car for a reduced price compared to one whose only major difference is the numbers stamped on the engine block. Totally nuts, right?

Painting a car pink means that keeping a low profile is pointless and every kid with a hopped-up Honda is going to rev his engine at you. The bright paint is only as good as the sheetmetal underneath, and the good news is that this car seems to hail from a warm place, so you don’t have to worry about big damage or botched bodywork. Good gaps and assembly that was far more careful than the assembly line guys could spare the time to achieve make this Challenger stand out. The SE package is rather unusual with an R/T, and includes the padded roof with smaller rear window, which gives this car a very unique look. Then there’s the body-colored front bumper, lower chin spoilers, Go-Wing, and, of course, the side stripes that make the R/T look downright predatory, with or without the bright pink paint. And really, if you’re going to own one of these, you may as well get one with a Shaker hood, which looks awesome moving around as the engine idles.

The black and gray bucket seat interior is nicely done, and while it isn’t totally stock, it certainly looks like it could have been. It’s also reassuring to know that this is a correct SE with buckets and a console, complete with pistol-grip shifter. The woodgrained steering wheel matches the dash, and the instrument panel is full of bright, crisp gauges including a factory tach. There are new carpets on the floor, reproduction door panels with factory power windows (remember the SE was luxury-oriented), and an upgraded AM/FM/CD stereo head unit. Open the trunk and you’ll find more Panther Pink on the rust-free floors, and a full-sized spare and correct jack assembly are part of the package.

The engine is a correct but non-numbers-matching 440 cubic inch V8 that’s been punched out to a whopping 500 cubic inches and topped by a “Six Pack” induction system, as advertised on the hood scoop. It wears Hemi Orange paint, which really splashes against the pink engine bay and many of the details are absolutely correct. The air cleaner dominates the engine bay, but look closely and you’ll see a chrome alternator, correct battery, and a set of long-tube headers with electronic cut-outs that sound amazing. The original TorqueFlite is built to take the horsepower of the 500 cubic inch engine and snaps through the gears without hesitation. More pink paint on the bottom really makes the suspension and exhaust parts stand out, and it sits on the original suspension with newer shocks. Correct Rallye wheels are the right choice and wear 235/60/15 front and massive 275/60/15 rear tires that give it an awesome rake. 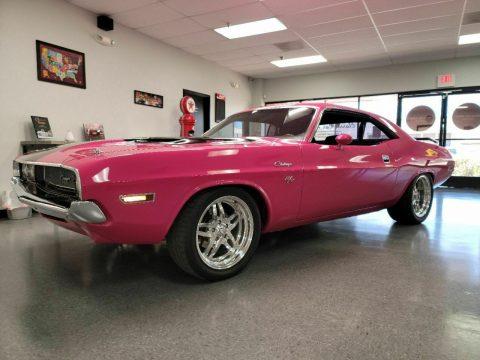 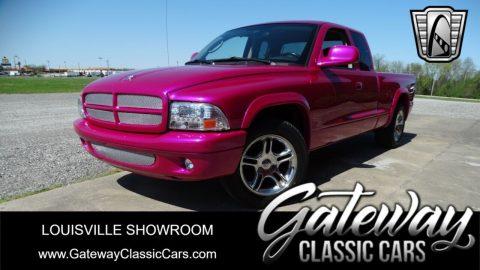 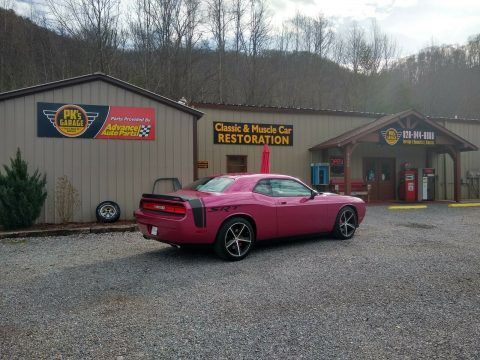 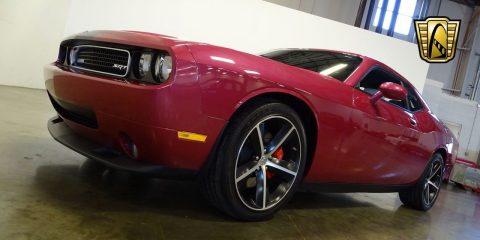 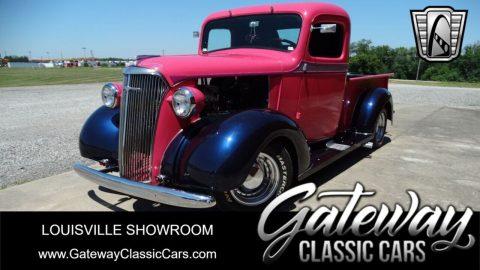